Remember the green leafy thing I was knitting? My streak of having more knitting time than computer time continues! This was finished almost two weeks ago, but I’m only just getting to share it with you. 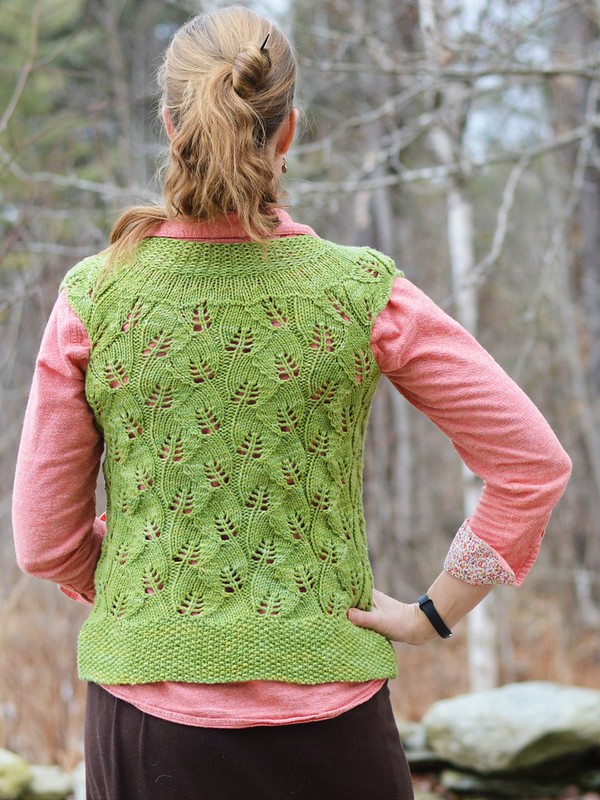 This is a thing of my own design, and I don’t even know exactly what it is. A vest, maybe? But with those cap sleeves that doesn’t sound right. A top? Not exactly, I think of those as summer wear. A cap sleeved cardigan? I guess that’s the closest so far, it’ll have to work. 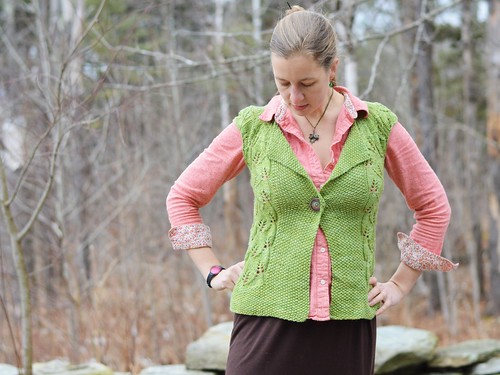 But “cap sleeved cardigan” is such a long term for a cozy and simple garment. The entire body is knit straight up with no shaping. Since it opens at the front this works perfectly. The front edges don’t quite meet at the hips, but overlap at the button point under the bust. 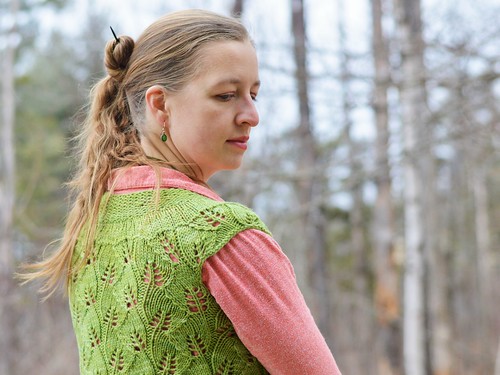 There’s some negative ease at the full bust, but that just helps show off the lace. And it can be worn open easily too. 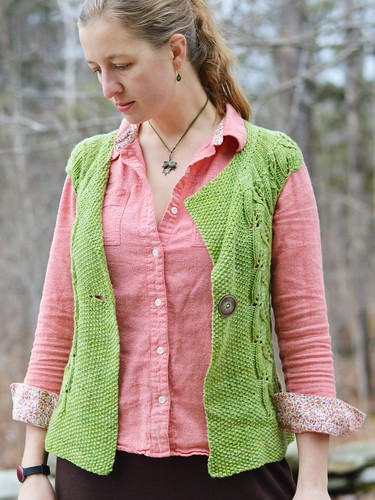 The cap sleeves are created quickly with underarm bind off on one row followed by cast-ons for the caps on the next row. I worked up to the end of that repeat of the chart, then started the yoke decreases. 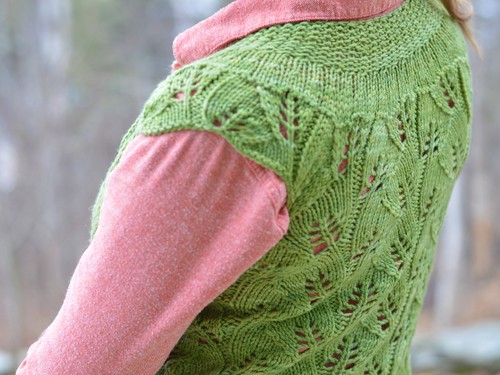 I admit to being nervous about running out of yarn while I worked those looong yoke rows. But it turned out just fine. I decreased at the yoke and then my plan was to work seed stitch for another inch, or until I ran out of yarn, whatever came first. 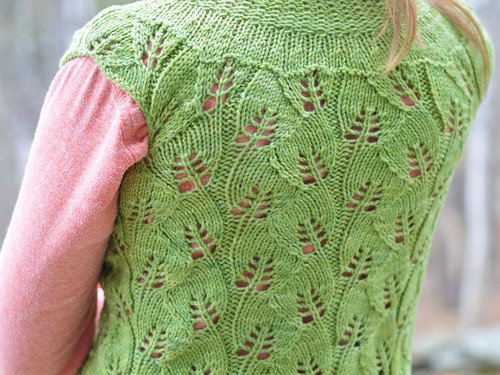 Instead I worked and inch and felt it needed something more. I added just a couple short rows across the back to raise the collar up on that side – an addition I’m really glad I had yarn for. After a couple more rows I knew the neckline was the right height and it was time to bind off. 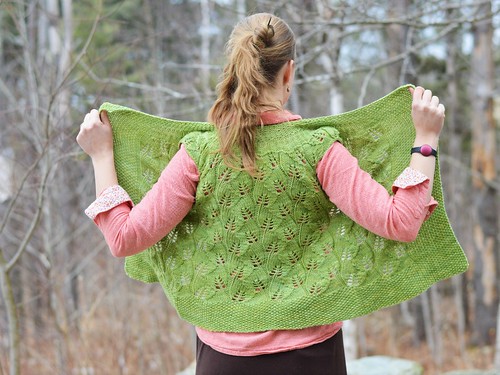 I took some pretty close notes on this one, but who knows if I’ll have time, or still feel inspired by it later, when I have time to write and grade it. Maybe it’ll just be a one-off for myself. Who knows? There are even more photos on Ravelry, if you’re curious.

(and I’ve cast on for another garment already. Don’t look now, but I’m knitting up a storm these days).

This entry was posted in Uncategorized and tagged designing, FO, knitting. Bookmark the permalink.