FO with a pompom!

As promised, pretty finished photos of the bunny hat! As always, you can check out extra photos and favorite the project over on Ravelry. 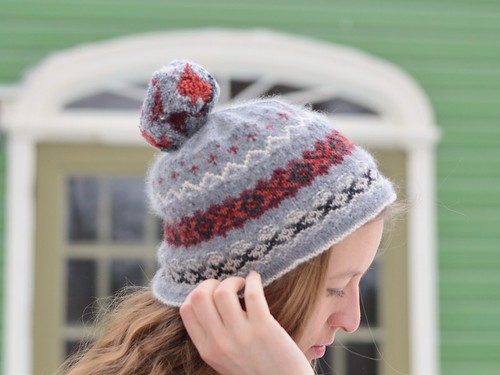 So nicknamed because the gray yarn I used for the MC is a 60% angora blend I picked up at VT Sheep and Wool festival, I think it was 2013 (I have vague memories of buying this skein while hugely pregnant.)

The additional colors are all from Sunday Knits, either her merino/angora or her merino/cashmere blend. So this hat is warm and soft, even though it’s not bulky at all. The stitch pattern incorporates regular 2-strand colorwork and some fun knit and purl patterns in the trim which help the motifs stand out. 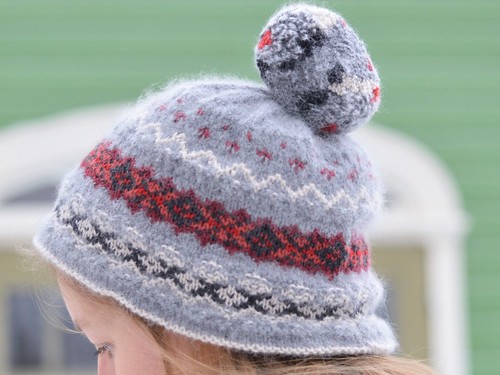 I finished the hat and had an awkward amount of leftover yarn. Not enough for another accessory. But too much to just give up on. So the pompom seemed like an obvious choice. Oh boy do those things suck up a lot of yarn! Especially when you’re making one as gloriously large as this. 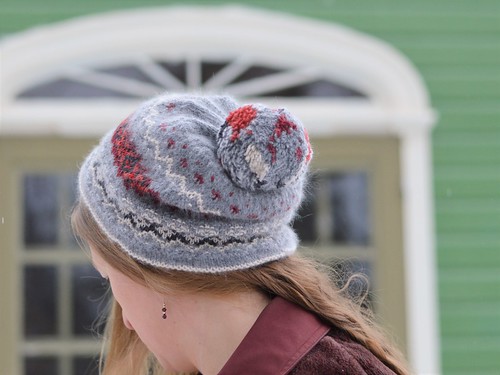 It’s my first real pompom so it’s not perfectly round or perfectly trimmed. I wanted a piebald effect, using the same colors as the colorwork, so I wrapped each color in separate chunks, making sure to focus mainly on the main gray with splashes of the other colors here and there. At least that part worked well and gave exactly the effect I wanted! 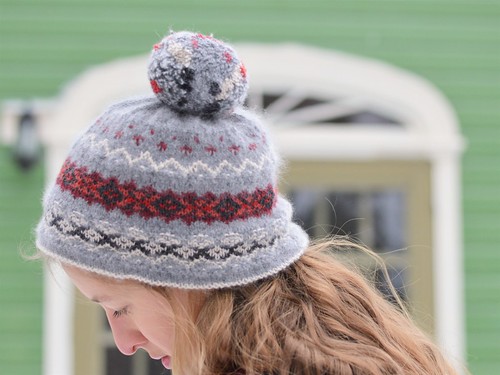 This entry was posted in Uncategorized and tagged FO, knitting. Bookmark the permalink.

2 responses to “FO with a pompom!”