It feels like this sweater has been a WIP forever. Which is kind of ironic since I started it in 2018 and I totally have at least one sweater that’s been “in progress” for a decade. 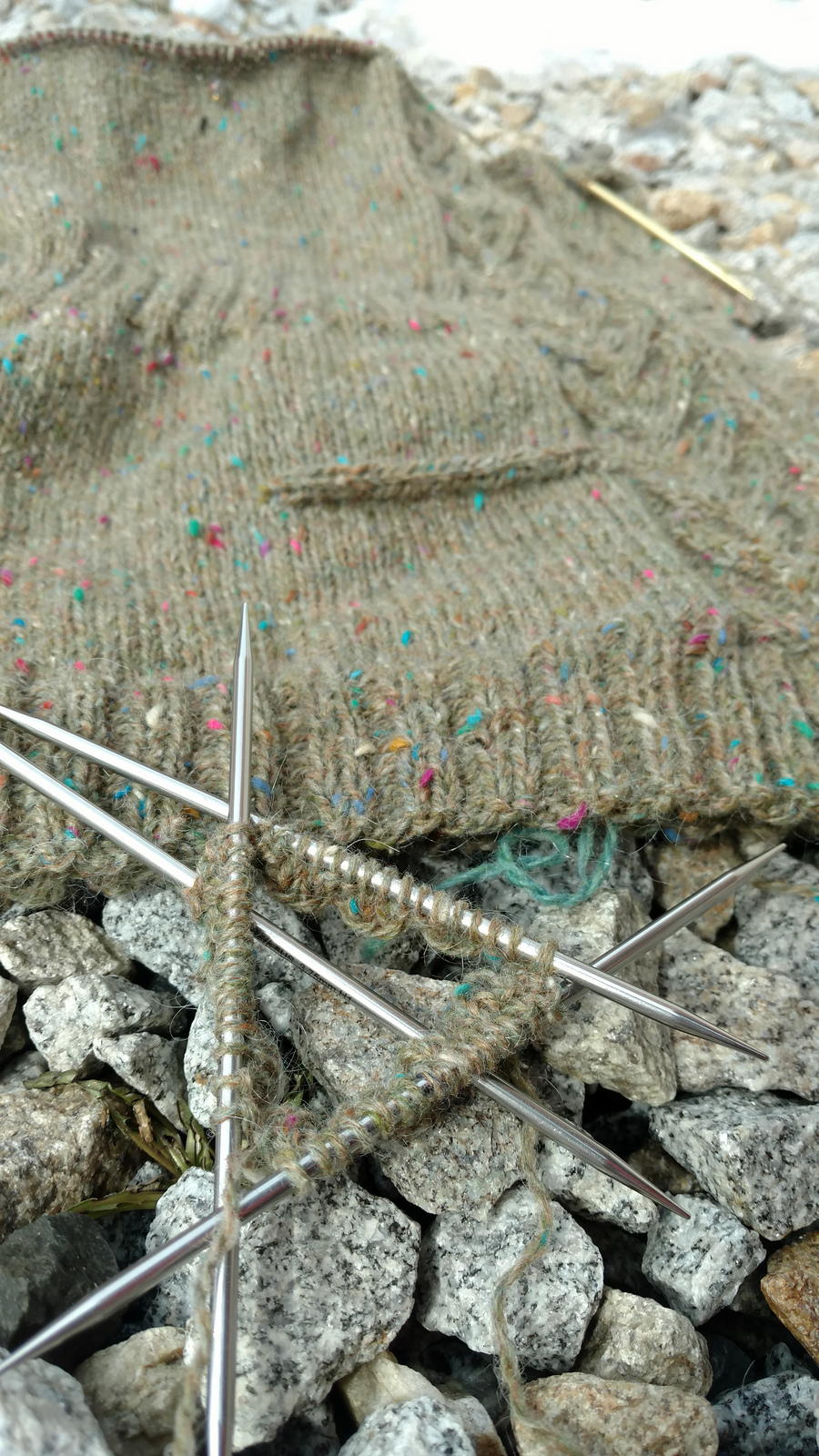 But I’m finally finished with the body and have started on the sleeve! It’s just a tiny cuff right now, but at 48sts around it goes so much faster than the body did. Once I knit both sleeves they get joined to the body and I will just have the yoke and the collar.

Slow progress, but I’m getting there. 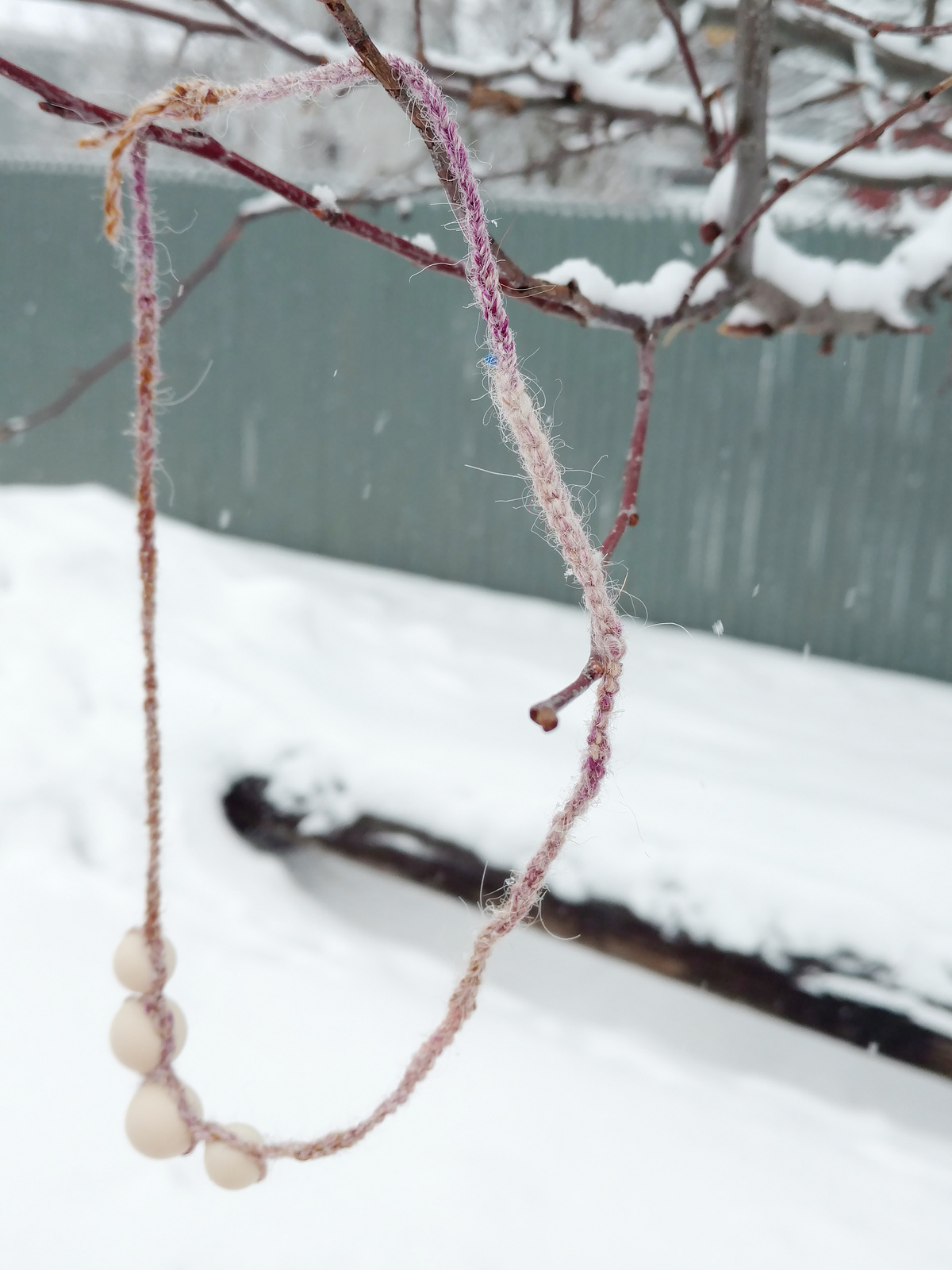 This necklace may be simple, but it fills a very important role. It gives Willow something to grab while she nurses. Otherwise she’s distracted, looking around, and grabbing everything else she can reach. 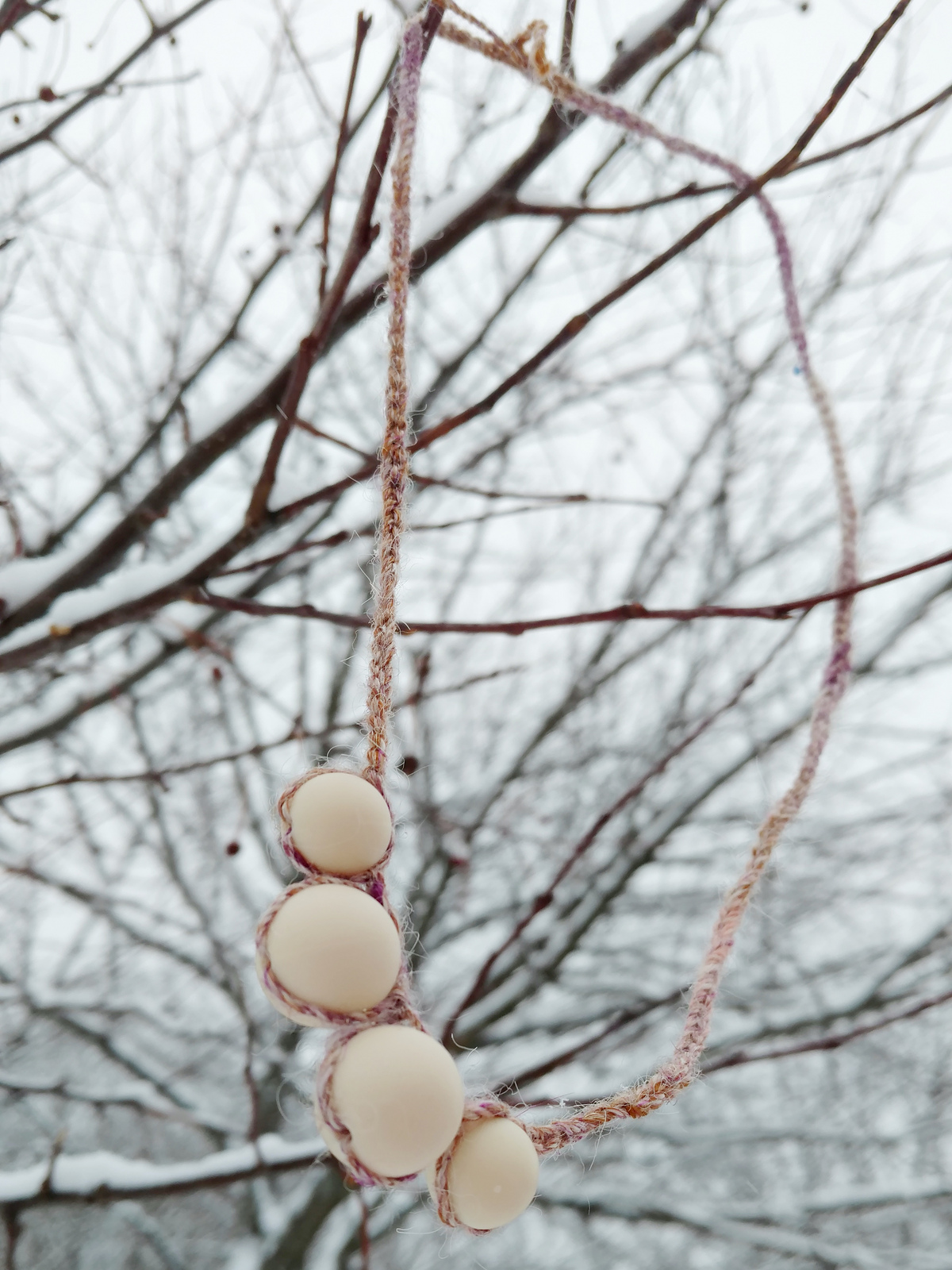 The beads are silicone, I rescued them from a very ugly commercial nursing necklace that was too long to be functional. The yarn is handspun, it has sparkle in it which seemed appropriate for a necklace. It also has alpaca in it, and the halo may be a bit itchy. Time will tell if I can tolerate it or not. If I can’t, I can always rescue the beads again. 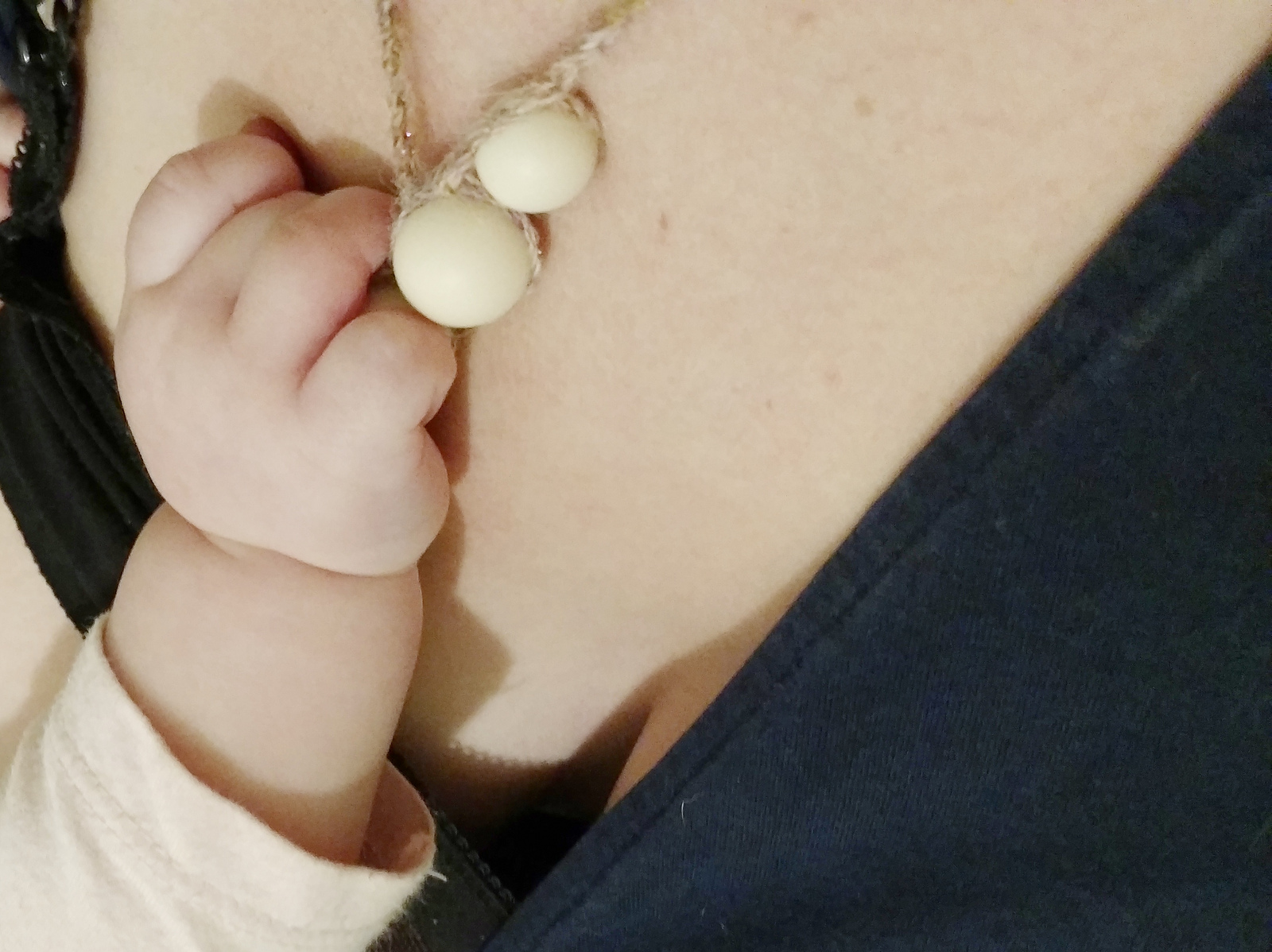 We made a space themed room for my future astronaut.

Windsor needed a twin sized bed. So I offered to help her put together a themed room, and she chose outer space! She currently wants to be an astronaut when she grows up, a dream I am (of COURSE) supporting and encouraging.

The majority of this design was done with some washi tape, a couple of posters, and some new books.

I’m picking up a new hobby. I don’t think it’ll cut into my knitting time too much. And they’re so cute

Meet my new little succulents in their teacup garden. I picked up Willow first:

(Windsor decided to name her after the baby, not me.)

I used to have quite a few houseplants. But I suffered a nasty fight with post-partum depression this summer and they were all casualties. Except for this guy:

We named him Spike and repotted him after I picked up Willow. (the plant, not the baby. Do not attempt to repot cacti while holding babies.) Poor Spike came to me years ago after surviving a hail storm on someone’s deck. So he looks a little worse for the wear. But hopefully he likes his new friends! The tiny cactus in the first photo is an offshoot from Spike. I’m waiting to see if it survives separation before giving it a cup of its own (and a name, apparently.)

Gwen joined the party this weekend. They sell these adorable things for $3 at my local garden center – teacup not included. But that’s ok, because I’ve got space for at least 5 more:

Did you notice the calendar? It’s MARCH! Also known as – still winter in Vermont. Every year I joke that the groundhog is wrong – from February 2nd “six more weeks of winter” is an early spring.

But every year in March I start to get excited about GARDENING again. I tend to bite off more than I can chew, and that’s ok by me. If things go to weeds at least I tried. Right now my garden still looks like this:

And trying to figure out how much soaker hose I need. Note: it’s hard to measure my garden when I can’t open the fence door because of the snow.

But that doesn’t slow me down. I’m planning to plant flowers in the garden bed that went to weeds last year. Flowers are lower maintenance. I think. Or at least will probably bloom even if I ignore them. Sunflowers will be happening too. Assuming I can figure out how to protect the seedlings from those pesky squirrels. And I’m dreaming of Bean Tents. That way the girls will have some place to play when they get bored of digging in the dirt with me.